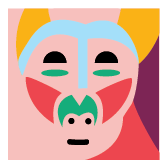 When the Portuguese King Don Sebastian lost the Battle of Alcazar in the 16th Century, his body was swallowed by the sands of Morocco and disappeared. His spirit, however, raised an army that went on exploring continents until they arrived in Brazil.

On the Lençois Island, in the Northeast of Brazil, Don Sebastian founded his enchanted kingdom. He wanders in the form of a black bull, which bears a star on its forehead. One day his daughter will return to the island, wielding a golden sword.

What starts as a documentary turns into something more powerful and mysterious. The weight of the film lies on Lençois – an isolated and magical land where dunes, mangroves and desert blend together […] Far from being only a gentle form of naturalism, O Touro uses these elements to soak up the atmosphere with a certain pleasing and forgotten magic, such as childhood’s old tricks. This concise and glowing film, Larissa Figueiredo’s debut, doesn’t need to be defined as fiction or documentary – it’s simply aimed to experience the visit to a forgotten kingdom